We noticed that you may be viewing greece.4life.com from a different country. To get the best experience we suggest double checking that you're on the website closest to you. 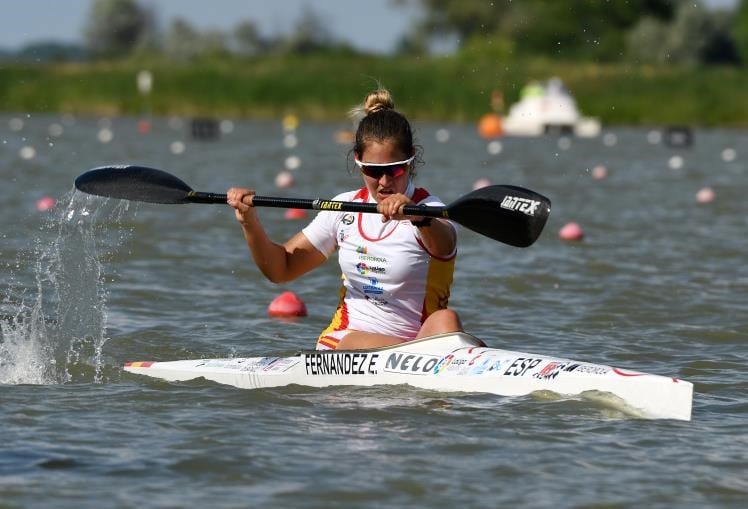 Fernández hails from Mérida, Spain and trains in Seville and Madrid. She has competed internationally since 2014 when she took bronze in the Youth European Championships in Slovakia. Four years later, she took gold in the Spanish 2018 Championships, and in 2019, she won golds in the 2,000 meter and 5,000-meter events.

As a Spanish canoeing champion and European brand ambassador, Fernández is active on social media and engaged in sharing her 4Life experiences with others. Her favorite products include 4Life™ Transfer Factor Plus™ Tri-Factor™ Formula, 4LifeTransform™ Woman, Pro-TF™, and RioVida™.

Among Fernández’s greatest accomplishments of 2021 was being awarded Best Overall Sportswoman in the Extremadura Sports Awards. She has appeared on television, been a part of regional and national radio broadcasts, and received positive press.

Fernández: “I endeavor to promote the values, freedom, and dignity of sportspeople everywhere. It is an honor to be a Team 4Life member. We must each strive, every day, to make our dreams come true.”

Currently, her goal is to qualify for the 2024 Olympic Games in Paris, France.

4Life, the Immune System Company™, and the first to bring transfer factor research to market, has offices in 25 markets to serve the company’s worldwide customers.

You are trying to view a MyShop page. Please log out in order to view this website.